How psoriasis begins and manifests itself: symptoms and diagnosis 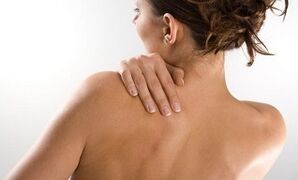 A chronic disease of a non-infectious nature, which, according to statistical data, affects several percent of the entire population, is psoriasis, the symptoms of which are manifested in the form of focal rash, itching and intense peeling of the skin.

The disease can develop at any age and regardless of the social environment to which a person belongs. Psoriasis occurs equally in men and women. Most often, the disease affects young people under twenty.

Many people are interested in the question: "Does psoriasis itch, what are its symptoms and treatment, and most importantly, is it contagious? "Itching with psoriasis is found in almost 85% of cases, but the disease is not contagious at all and is not transmitted by airborne droplets or by household means. It is difficult to treat, but complex therapy almost always gives good results.

How is psoriasis manifested and what is this disease? Psoriatic plaques often develop first in areas that are subject to the most friction, such as the elbows or knees.

Also, signs of psoriasis can appear on absolutely any area of ​​the skin - the head, face, back, abdomen, palms, feet, in the armpits and even on the genitals.

If we consider another similar disease - eczema, then it affects the inner part of the flexor surfaces, with psoriasis - the outer part of the knee and elbow joints.

Relapse can be caused by alcohol abuse, stress, infectious diseases. The severity of psoriasis varies from person to person, and even from the same person, throughout the course of the disease. 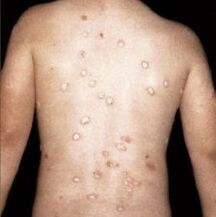 The main symptoms of skin psoriasis are plaques, which appear as minor lesions in certain areas. In some cases, they can cover the entire body.

Psoriasis progresses over time, especially if no appropriate measures are taken to correct it. The progression of the disease consists in an increase in the periods of exacerbations and an increase in the area of ​​the lesion with the involvement of healthy areas of the skin in the inflammatory process. There are cases when the disease proceeded continuously without remission periods.

A pathology such as onychodystrophy - nail damage is very common. This disease can proceed on its own, without the attachment of a skin lesion. Also, psoriasis can contribute to the development of an inflammatory process in the joints - psoriatic arthritis (a disease of the small joints of the lower extremities and hands), and onychodystrophy is observed in about 15% of patients with psoriasis.

There are many different ways to deal with this ailment, but due to the tendency of the disease to constantly relapse and worsen, psoriasis is very difficult to treat. Complete healing is almost impossible, that is, it remains with a person until the end of his life, but with proper treatment and following all medical prescriptions, longer periods of remission can be achieved.

Today, medicine does not know the true cause of this pathology, but it has been proven that a malfunction in the immune system, neurological disorders and metabolic disorders can cause the disease. There are also a number of factors that can trigger the development of the disease:

From the above, it becomes clear that the process of development of psoriasis, one way or another, is associated with disturbances in the work of the body's defense mechanisms. Psoriasis on the body can develop under the influence of a whole complex of triggers, or under the influence of factors such as unbalanced diet, climate change, alcohol abuse, and smoking.

The clinical picture and types of psoriasis

How does psoriasis start? The first symptoms of the disease are the appearance of reddish plaques and scaly patches that itch and look like lichen. Over time, the spots peel off, and a denser scaly layer is found under them.

When the disease begins to progress, the so-called Kenber phenomenon is observed, when plaques appear in places of skin trauma (with wounds, cuts, burns).

There are several types of psoriasis, each of which has a specific clinical picture:

Additional symptoms of psoriasis include:

How the disease proceeds

There are several stages in the course of the disease:

Depending on the prevalence of the inflammatory process, the disease can be:

Among other things, psoriasis is considered a seasonal disease, that is, all symptoms worsen depending on the season. Most people generally get worse in winter or summer. In some patients, this process is not associated with a change of season. 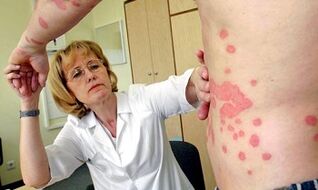 How is this disease diagnosed? The diagnosis of psoriasis is primarily based on an examination by a dermatologist. The examination allows you to identify the shape and extent of the lesion.

In some cases, differential diagnosis is carried out to distinguish psoriasis from another dermatological disease. How to recognize that a patient has this particular ailment?

As already mentioned, in psoriasis, the Kenber phenomenon is observed, which is not inherent in skin pathologies. Another symptom should also be taken into account, when a light rim appears around a new papule, which has not yet begun to peel off - a kind of vascular reaction, indicating the further progression of the disease.

Sometimes a skin biopsy is used to make the diagnosis more accurate, or tests are taken that can detect an inflammatory process in the blood. After the diagnosis of psoriasis has been carried out, you need to immediately start treatment.

The main therapy is the use of topical preparations in the form of ointments, gels, creams and sprays.

These medicines contain ingredients that stop excess cell division in the skin and relieve the unpleasant symptom of itching. A number of substances are distinguished that effectively fight this disease:

Patients are also prescribed drugs of the following groups:

Vitamin complexes are prescribed in combination with these drugs.

Along with drug treatment, the following methods are very popular:

Attention!Self-medication for psoriasis is unacceptable, since many medications have contraindications and are prescribed by a specialist only taking into account the individual physiological characteristics of the patient. 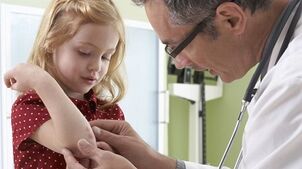 Children usually have a less severe course of psoriasis than adults, so local therapy gives good results, and even in case of an exacerbation, a repeated course of treatment can achieve long-term remission.

Even if a child is diagnosed with a severe form, with timely adequate treatment, the prognosis will be more or less favorable.

The main rule for parents is to know how to identify the characteristic signs of psoriasis and immediately start fighting this disease!

Traditional medicine recipes are often used to treat psoriasis. Compresses based on medicinal herbs will be effective.

To make a compress, grind 4 tbsp. tablespoons of dry herbs and pour a glass of boiling water, then let it brew. In the broth, you need to moisten the gauze and apply to sore spots.

The following plants have healing properties:

You can also prepare an oral tincture. For this, 1 tbsp. a spoonful of dry herbs should be poured with a glass of boiling water, insisted for 8 hours, strain and drink 100 ml twice a day, preferably half an hour before meals. Suitable for herbal collection:

Attention!Some of these herbs can cause side effects, therefore, before starting treatment, you must familiarize yourself with all contraindications. 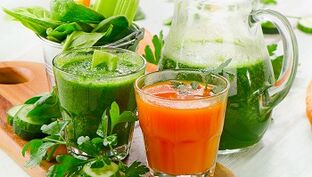 Medicinal ointments for home treatment are very popular. Here are some effective recipes:

Traditional medicine does not guarantee 100% of the result, it is better to combine it with the main treatment.

Many women with psoriasis who are in a position worry about how the disease will behave during this period.

Psoriasis is an unpredictable disease, so it is difficult to answer the question: “How to determine the course of the disease during pregnancy”. Symptoms of psoriasis may start to progress, remain stationary, or diminish. There are cases when after childbirth the disease disappeared completely.

Every pregnant woman worries that the disease can be transmitted to her baby, but not the disease itself is inherited, but only a predisposition to it. 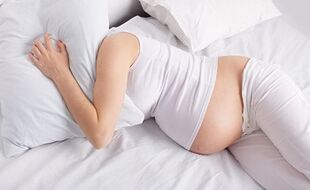 During lactation, if mom is undergoing therapy with potent drugs, breastfeeding is very dangerous, as substances can harm the baby's health. In this case, you need to interrupt the treatment or transfer the baby to artificial feeding.

The disease does not affect the conception and intrauterine development of the fetus, but the drugs that the expectant mother takes can lead to negative consequences, so it is important to consult with your doctor during pregnancy planning, who will cancel some of them.

It is impossible to prevent this disease, but it is possible to significantly reduce its manifestations. In order to achieve a decrease in the symptoms of the disease, you need to adhere to the following preventive rules:

Psoriasis is one of the most common skin diseases, the nature of which is still not fully understood. The disease causes a lot of inconvenience, worsens the quality of life and lowers a person's self-esteem.

It can occur suddenly and, unfortunately, no one is immune from this disease. That is why it is very important to know how this pathology manifests itself in order to consult a doctor on time and start treatment.