What are the causes of psoriasis? Overview of theories of the appearance of the disease

The causes of psoriasis have not been precisely established. But scientists agree that a variety of factors can cause skin disease. This is confirmed by medical research, observations of specialists. Considering the features of the disease, we will assess the origin of the disease in children and adults; during pregnancy in women; in overweight people with depression, CNS disorder.

Features of the disease

Psoriasis (lichen scaly) is a serious dermatological disease of an autoimmune nature. The disease can make itself felt both in infancy and in adulthood. Under certain conditions, the patient has severe relapses even after prolonged treatment. The duration of the remission period depends on the severity of the case, age, general health, and the presence of chronic diseases in the patient.

Outwardly, the disease manifests itself as reddish - pink spots. Rashes can be on any part of the body. Often crusted. Exacerbation is accompanied by severe itching, spread of the area of ​​inflammation to healthy areas of the epidermis.

The causes of psoriasis are still being studied; effective methods of psoriasis therapy are being developed with the aim of improving both the internal state of the patient and cleansing the skin.

Psoriasis: The causes of this unpleasant skin condition are many. If a person is diagnosed with this diagnosis, experts prescribe treatment taking into account the existing heredity, propensity to allergies, possible hormonal disorders, previous infections, metabolic disorders. Doctors take into account the patient's poor-quality nutrition, stress, the presence of bad habits, and an unhealthy lifestyle.

To clarify the cause of psoriasis, the health indicators are first analyzed, taking into account the age and gender of the patient. Then research is carried out in several generally accepted theoretical areas, each of which will be considered below. A detailed summary of the results obtained helps specialists to prescribe an effective treatment.

The most common forms are:

Causes of ailment in childhood

Psoriasis in infants and young children is caused by a genetic predisposition. If parents, close or distant relatives in the family suffered from any form of this disease, then in 80% of cases the child will inherit it. 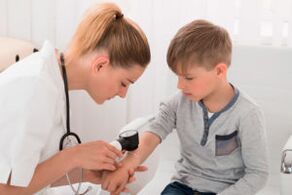 The disease may not manifest itself immediately, but against the background of some mild illness, for example, a virus, a common cold. There are other causes of psoriasis in children:

Medical practice confirms that the causes of psoriasis in children can be highly individual.

Causes of psoriasis in adult men and women

The disease traditionally begins with a characteristic skin lesion. Red, flaky spots on any area of ​​the body are a manifestation of signs of the development of the initial stage of the disease. Why does it manifest itself?

Psoriasis in men appears against the background of such phenomena as:

The causes of psoriasis in women are as follows: 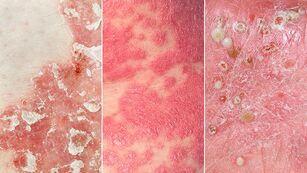 After a lot of research, analyzing the origin of eczema in children and adults, scientists began to adhere to several theories. They give an understanding not only of the symptoms in the first and subsequent stages of the disease, but also explain the causes of exacerbation of psoriasis, cases of relapse. Let's consider each theory.

According to doctors, any focal infection can be the cause of psoriasis on the body. For example, tonsillitis, which has become chronic, provokes immune failures. And disorders in the immune system are the first step to the development of dermatitis.

Accidental damage to the surface of the epidermis, to which the body will react with autoimmune aggression, can lead to the development of a focus, where severe inflammation develops in the future. Rejection occurs. Further along the chain, with each damage to the skin, psoriatic scales are usually formed.

It is not difficult to understand the essence of the theory of heredity, it was mentioned above. If a patient's family, regardless of age, has relatives suffering from an autoimmune disease, there are still high risks of getting sick.

According to the viral theory, psoriasis is referred to as a retroviral lymphotropic infection. Herbal antiviral drugs are often used in the treatment of psoriasis. It is believed that if a person has a predisposition to the disease, then his immunity will not be able to "resist" the psoriatic virus. Thanks to the latest technologies, the institutes of physical and chemical medicine are developing new drugs that can achieve long-term remission.

Since psoriasis is primarily a dermatological disease, the allergic theory remains relevant today. Many doctors are of the opinion that the disease is of a purely allergic origin. This is especially true for psoriatic arthritis. The allergic theory is closely related to the infectious one, since the disease is an allergic tissue reaction to the structure of streptococci, viral bacteria.

This theory is associated with functional disorders of the nervous system. Practice shows that many patients with psoriasis before the development of the disease had mental, physical trauma, burns, contusions. The neurogenic effect is confirmed when the patient is prescribed drugs to normalize the autonomic and central nervous systems. It has been proven that depression, stress, emotional overstrain can provoke a relapse.

The theory of metabolism is based on numerous studies, observations of the course of the disease, when patients, in addition to the disease under consideration, suffer from lipoid metabolic disorders. Overweight directly affects the deterioration of blood composition, biosynthetic functions of the liver. Toxins accumulate, protective functions are reduced. Bottom line: the body "responds" with skin rashes. The initial stage begins, plaques appear on the hands and palms. 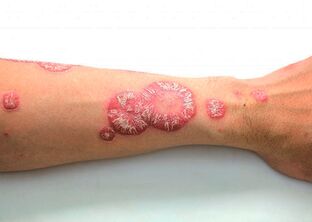 The hormonal theory is closely related to the theory of metabolic disorders. The reasons for the development of psoriasis in terms of hormonal imbalance are studied, first of all, in women. Overweight, obesity in men also lead to hormonal disruptions, provoke eczema.

The infectious theory along with the parasitic theory are among the very first. In 1879, scientists discovered a "parasitic fungus". But later studies did not confirm this fact. External infections affect immunity, and, therefore, can influence the onset of pathology. In practice, patients with psoriasis regularly suffered from colds and viral diseases in the autumn and winter periods.

Factors affecting the appearance of psoriasis

Factors that directly affect the development of psoriasis are shown in a table:

The presented factors are among the main ones. Let's consider some of them in more detail.

Infectious diseases lead to the development of psoriasis in people with a genetic predisposition; very weak immunity. Such diseases are:

Untreated infection, self-medication or illiterate prescription of drugs sooner or later provoke dermatosis. It is important to consult a doctor in a timely manner, not to start treatment.

Pregnancy is characterized by global hormonal changes in the body. Immunity weakens asall forces are spent on maintaining the development of the fetus. It is during gestation and subsequent breastfeeding that psoriatic skin rashes appear. Usually, after the restoration of the body, the normalization of hormones, the disease subsides or disappears altogether.

Injury and damage to the surface of the epidermis

Mechanical damage to the skin can create a favorable environment for the development of dermatosis at the site of the wound. Psoriatic plaques will appear after healing. According to many dermatologists, the reason in this case is an aggressive reaction of the body to its own cells.

Since alcohol abuse and smoking negatively affect the health of every person, doctors tend to believe that people with such habits are at risk. At a young age, the body will still have the strength to cope with such a "load". But gradually health will deteriorate. Bad habits, along with stress, are the main causes of psoriasis.

Use of illegal medicines 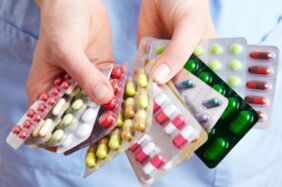 People with a weak nervous system, emotional, overly susceptible, as well as all those at risk are advised not to resort to self-medication. It is important to contact competent specialists because of the possibility of using prohibited drugs. An allergic reaction to a medication can provoke dermatosis. Not all medications can be taken during pregnancy.

An illiterate approach to the treatment of a mild disease may in the future provoke the development of a serious autoimmune dermatosis.

Diet for psoriasis is a must. It should be borne in mind that with the help of certain food products, the patient has the opportunity to quickly overcome a relapse, consolidate the result and completely forget about medicinal creams and ointments for psoriasis.

Psoriasis is the need to accept yourself, your disease, your skin, give up guilt and be positive. The psychological factor, a person's mood are one of the reasons for the onset of psoriatic eczema. The mood for calmness, a successful result contribute to the normal course of the healing process, obtaining a healthy skin surface.

Psoriasis appears not only on the skin, but also on the internal organs. For patients, it is important to respect their own health, state of mind, and nutrition. The disease makes a person choose: either a healthy lifestyle or psoriasis. Treatment involves not only the use of ointments and other means, but also cleansing the body from the inside, removing toxins.

The key to success in the fight against psoriasis is based on a positive attitude, adherence to doctor's recommendations, diet and elimination of stress.