Psoriasis in children: symptoms and treatment

Psoriasis, or scaly lichen, in children is a chronic disease that is manifested by the formation of silvery-white papules (bumps) on the child's skin. The incidence of psoriasis among all dermatoses is about 8%. This disease occurs among groups of children of different ages, including infants and newborns, more often in girls. The disease is characterized by some seasonality: in winter there are more cases of psoriasis than in summer.

The disease is not contagious, although the viral theory of its origin is still being considered.

Causes of the disease 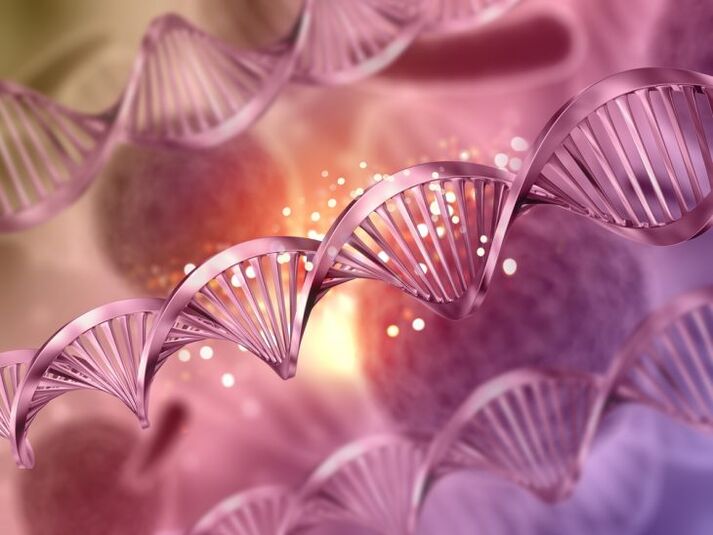 The normal maturation cycle for skin cells is 30 days. In psoriasis, it shrinks to 4-5 days, which is manifested by the formation of psoriatic plaques. It was found by the method of electron microscopy that the same changes are present in the healthy skin of the child as in the affected areas. In addition, in patients with psoriasis, a violation of the nervous, endocrine, immune systems, metabolism (mainly enzyme and fat) and other changes in the body is revealed. This suggests that psoriasis is a systemic disease.

There are three main groups of causes of psoriasis:

Heredity is a leading factor in the development of psoriasis. This is confirmed by the study of dermatosis that occurs in twins, in relatives in several generations, as well as biochemical studies of healthy family members. If one of the parents is sick, the probability that the child will get psoriasis is 25%, if both are sick, then 60-75%. At the same time, the type of inheritance remains unclear and is recognized as multifactorial.

Environmental factors include seasonal changes, contact of clothing with the skin, the impact on the child's psyche of stress, relationships with peers. Focusing the attention of children in a team on a sick child, treating them like a "black sheep", limiting contacts for fear of getting infected - all these factors can provoke new exacerbations, an increase in the area of skin lesions. The psyche of a child is especially vulnerable during puberty, which is due to hormonal changes. Therefore, a large percentage of the detection of the disease falls on adolescents.

The ratio of genetic and environmental factors provoking the onset of psoriasis is 65% and 35%.

Infections trigger infectious-allergic response mechanisms that can trigger the development of psoriasis. So, the disease can occur after the transferred flu, pneumonia, pyelonephritis, hepatitis. There is even a post-infectious form of the disease. It is characterized by a profuse papular rash in the form of drops all over the body.

In some cases, the onset of psoriasis is preceded by skin trauma.

Psoriasis is characterized by the appearance on the skin of a rash in the form of islets ("plaques") of red color with silvery-white patches that are easily flaky and itchy. The appearance of cracks in the plaques can be accompanied by slight bleeding and is fraught with the addition of a secondary infection.

Externally, psoriatic skin rashes in children are similar to those in adults, but there are some differences. For children with psoriasis, Koebner's syndrome is very characteristic - the appearance of rashes in areas affected by irritation or injury.

The course of childhood psoriasis is long, with the exception of a teardrop-shaped, more favorable form of the disease. There are three stages of the disease:

The progressive stage is characterized by the formation of small itchy papules surrounded by a red rim. Lymph nodes may enlarge and thicken, especially in severe psoriasis. In the stationary stage, the growth of rashes stops, the center of the plaques flattens, and desquamation decreases. In the stage of regression, the elements of the rash dissolve, leaving behind a depigmented rim (Voronov's rim). The rash leaves behind hyper- or hypopigmented spots.

Localization of psoriatic eruptions can be different. Most often, the skin of the elbows, knees, buttocks, navel, scalp is affected. Every third child with psoriasis has nails affected (the so-called thimble symptom, in which small holes appear on the nail plates, resembling the fossa of a thimble). Plaques can often be found in folds of the skin. The mucous membranes, especially the tongue, are also affected, and the rash can change its location and shape ("geographic tongue"). The skin of the palms and the plantar surface of the foot is characterized by hyperkeratosis (thickening of the upper layer of the epidermis). The face is less likely to be affected, the rash appears on the forehead and cheeks, and may spread to the ears.

In the analysis of blood, an increase in the amount of total protein and the level of gamma globulins, a decrease in the albumin-globulin coefficient, and violations of fat metabolism are detected.

The most common form isteardrop psoriasis. . . It manifests itself in the form of red bumps on the body and limbs, which occur after minor injuries, as well as after infections (otitis media, rhinopharyngitis, flu, etc. ). In a throat swab, a cytological examination reveals streptococci. The teardrop-shaped form of psoriasis is often confused with allergic reactions.

Plaque psoriasis is characterized by red eruptions with clear boundaries and a thick layer of white scales.

The pustular, or pustular, form of the disease is rare. The appearance of pustules can be triggered by infection, vaccinations, the use of certain medications, stress. Pustular psoriasis that occurs in newborns is called neonatal.

With erythrodermic psoriasis, the child's skin looks completely red; some areas of the skin may have plaque. Often, skin manifestations are accompanied by an increase in body temperature and joint pain.

Pustular and erythrodermic psoriasis can take generalized forms with a severe course. They require hospital treatment to avoid death.

Infant psoriasis is also known as diaper psoriasis. It is difficult to diagnose because skin lesions occur most often in the buttocks area and can be mistaken for dermatosis due to skin irritation with urine and feces.

Usually, the course of any form of the disease changes every three months. In summer, due to solar exposure, symptoms often subside. 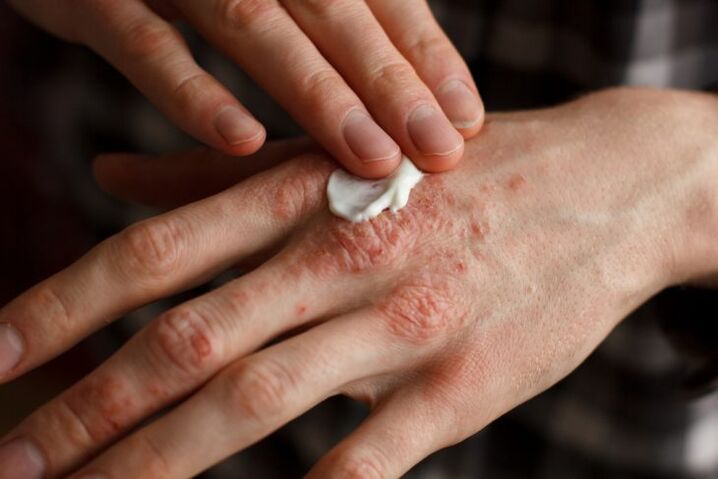 It is best to hospitalize a child with psoriasis for the first time.

With frequent colds accompanying psoriasis, it is necessary to sanitize the sources of infection: to cure carious teeth, to carry out deworming, if indicated, to perform tonsillectomy and adenotomy. A desirable step in the treatment of psoriasis is spa treatment.

It must be remembered that psoriasis is a chronic disease characterized by periods of exacerbation and remission, and be prepared for long-term and regular treatment.

The child needs to instill a healthy lifestyle, teach him to cope with stress, calmly respond to attacks by peers. The situation is especially difficult with children whose facial skin is affected. All family members should support a sick child, which will help him avoid the occurrence of complexes and grow up as a socially adapted person.

Psoriasis in children is treated by a dermatologist. If not only the skin is affected, but also the joints, a consultation with a rheumatologist is indicated, with the development of conjunctivitis - an ophthalmologist. It is necessary to sanitize foci of chronic infection by visiting a dentist, infectious disease specialist, ENT doctor. If there are difficulties in the differential diagnosis of psoriasis and allergic diseases, you should contact an allergist. A nutritionist, physiotherapist, and psychologist assist in the treatment of the patient.