Psoriasis is a chronic skin disease. It manifests itself in the form of rashes. The initial stage is characterized by symptoms that are similar to the clinical picture of other pathologies of the epidermis. In order to prevent the progression of the disease, to facilitate its course, it is necessary to differentiate the pathology. To do this, you need to know the symptoms, manifestations of psoriasis at different stages.

Causes in adults and children

Why psoriasis occurs in children and adults, medical scientists have not yet precisely figured out. There is only speculation about the cause of the development of this disease. So, there is an assumption that psoriasis can be inherited: in people whose parents suffered from such a skin disease, psoriatic rash is often observed. Some doctors associate the development of pathology with immunological instability, metabolic disorders, and the presence of a chronically current infection. In most patients, doctors note severe hyperlipidemia.

In order to check the susceptibility to such a disease, it is necessary to carry out a classical genome analysis. Those with ten chromosome loci are highly likely to develop psoriasis. The main genome responsible for congenital predisposition is PSORS1.

Psoriasis can develop at any age: in children, young men and women, the elderly. In adults, according to medical scientists, the following factors provoke the disease:

Psoriasis should not be started:people with this diagnosis increase the risk of early atherosclerotic vascular lesions and the occurrence of cardiac pathologies. There is also a threat of arthritis.

Most often psoriasis occurs in people with poor heredity.

How psoriasis manifests itself 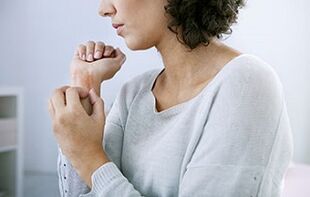 Psoriasis is characterized by the appearance of large plaques on the skin. The spots are initially insignificant and appear on those parts of the body where the skin is coarser (on the elbows, knees). Such formations flake off. When scratching, sores appear, which turn pale in the morning.

The disease is characterized by the following manifestations:

Such manifestations in the aggregate are called the psoriatic triad. They are detected during a sample of the inflamed skin area.

Psoriasis also has the following symptoms:

Since psoriasis is a chronic pathology, after a while its symptoms begin to disappear, and wounds heal. But then papules form again.

The first symptoms of the onset of the disease

In the first stage of psoriasis, a rash always forms.

At first, it is almost invisible, without characteristic scales. Several rash spots appear on the limbs. 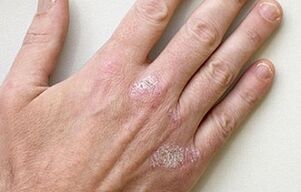 After a couple of weeks, the number of affected areas increases. The rash merges into large plaques, which are covered with silvery scales. Itching in the early stages of psoriasis is moderate. A person complains of chronic fatigue, weakness.

Such symptoms are also characteristic of allergic skin reactions, dermatitis and shingles. Therefore, it is important to carry out differential diagnosis.

On examination, the doctor discovers the psoriatic triad. By the size of the rash, the doctor determines the etiology of psoriasis: drop-shaped, punctate or coin-shaped.

Signs of a progressive stage of the disease

As the disease progresses, the number of papules increases, the rash spreads to healthy areas of the body. The slightest scratch, bump or burn will cause a nodular rash. The second stage takes a long time. On palpation, you can find dense boundaries between the inflamed areas of the epidermis. The plaques have an edging that stands out with a bright color and is covered with scales.

At the last stage of the disease, the symptoms begin to gradually disappear. The plaques become lighter, their borders fade. After a while, the papules disappear, in their place remains dry skin, hyperpigmented spots.

The temperature in psoriasis can rise only in the presence of an inflammatory process, suppuration of acne. Then the affected areas can hurt.

What is the stearic stain phenomenon

Stearin spots are the main symptom that forms the psoriatic triad. It is a small area with papular elements of the rash, which are heavily flaky. The more the doctor scrapes the affected skin, the more the flaking appears. During the manipulation, the person does not experience pain. The phenomenon got its name because the detachable skin flakes look like stearin spots.

Where does it appear first of all: localization of rashes

First, psoriatic eruptions form on the elbows, feet and knees. Then the papules spread to areas of the body with thinner and more delicate skin: on the lower leg, lower back, wrist, abdomen, groin area, scalp. The rash can be localized in other places. But these areas of the body are most often affected by psoriasis.

In the absence of proper treatment, the disease spreads to the nails, mucous membranes, joints.

Localization of psoriatic rash in adults can be:

In children, rashes usually appear on:

How does scaly lichen on the head begin

Scaly lichen can spread throughout the body. Usually it is acute. A rash forms from a bead to a pea. The papule is covered with silvery and white scales. The rashes increase in size over time, merge into one focus with uneven edges. This plaque has a clear border. When the scalp is affected by psoriasis, a psoriatic crown forms: red pustules with purulent contents appear behind the ears and along the forehead line.

How quickly the pathology develops

How quickly psoriasis develops depends on its form. So, the drop-shaped type of pathology is distinguished by the ability to abruptly appear and disappear. Severe plaque psoriasis is characterized by the gradual spread of pustules throughout the body. The rash then becomes covered with flaking scales in a short period. The rashes coalesce, forming large plaques.

If psoriasis is suspected, see a dermatologist. The doctor makes a presumptive diagnosis on the basis of complaints and examination of the patient. The doctor gives a referral to undergo laboratory, instrumental research. Differential diagnostics are also carried out.

When the disease progresses, it is recommended to donate blood for analysis to identify an acute, autoimmune or rheumatic process. In severe situations, a biopsy is also performed, which shows the accumulation of Rete bodies, thickening of the layer, infiltration of the skin with polyblasts, T-lymphocytes, dendritic cells, increased angiogenesis under psoriatic plaques.

For differential diagnosis, carry out:

No special tests are required to diagnose psoriasis in children. Pathology is detected on the basis of examination of the elements of the rash.

How to treat psoriasis

Since psoriasis is considered a chronic condition, it cannot be completely cured. The goal of therapy is to achieve a stable remission and eliminate complications. To do this, use medication, physiotherapy, folk methods. In severe cases, the patient is hospitalized. At the initial stage, therapy is allowed to be carried out at home.

Therapy in the clinic 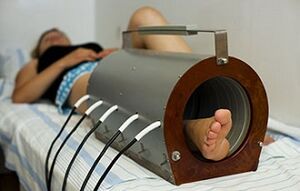 Enzymatic agents are also used. They stimulate the body to produce the necessary enzymes. Damage to the skin of the body provokes discomfort, tightness.

Hepatoprotectors are used to improve liver function. Inflammation and itching can be relieved by nonsteroidal anti-inflammatory drugs. To strengthen the body, immunomodulators are prescribed.

Physiotherapy techniques are also used. They help to remove pigmentation and speed up healing. Doctors recommend:

In a hospital, the patient is under constant supervision of doctors. Therefore, it is easy to track the effectiveness of the prescribed treatment regimen, and to make timely adjustments to the applied therapy.

After discharge from the hospital, treatment continues. To maintain normal health, to achieve a stable remission, doctors prescribe a number of drugs in a course. Vitamin complexes, ointments, folk remedies are used.

The patient is recommended to treat the areas of the skin affected by psoriasis daily with hormonal and non-hormonal ointments.

To improve the condition of the epidermis, dermatologists prescribe vitamins. Vitamins A, E, D and C are especially useful in the fight against psoriasis. They strengthen the body's defenses, help restore and cleanse the skin. 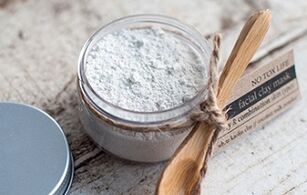 Traditional healers suggest using activated charcoal. One of the main reasons for the development of psoriasis is metabolic disorders, intoxication. Activated carbon acts as an absorbent, therefore it well cleanses the body of harmful substances. It should be consumed for a month, twice a day, at a dosage of 1 tablet per kilogram of body weight.

White clay helps to restore the skin. It relieves inflammation, dries, removes itching. Baths with the addition of sea salt are also useful.

When treating psoriasis at home, it is recommended to adhere to a number of rules:

By adhering to these recommendations, a person will be able to avoid a relapse of the disease.

Thus, psoriasis is a serious chronic disease. The reasons for its development have not been precisely established, only provoking factors are known. The disease has characteristic symptoms, but at the first stage it is similar to other skin pathologies. To identify and start treating the disease on time, you need to contact a dermatologist when a suspicious rash appears.